Having as a proposal the challenge to innovate without losing the political principles and methodological which brought the WSF, up until this day were invited people involved in the historical process of building the WSF since the beginning and people that participated in the WSF International Council, like Chico Whitaker, Moema Miranda and Damien Hazard and a new way of looking of a black woman, from the hip-hop and from the outskirts of Porto Alegre, the companion Malu Viana. 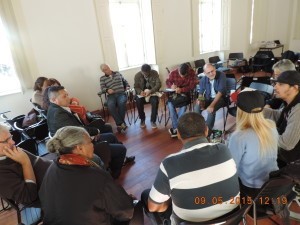 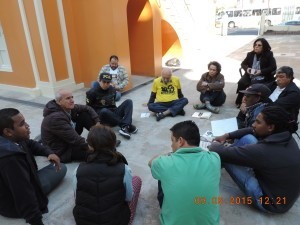 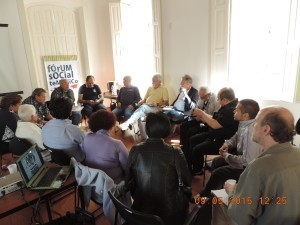 After the groups sharing, we held a plenary of exposure of the discussions to identify consensus items for referrals. As a referral it was agreed the name, the axes and the dynamics of the Thematic Social Forum in 2016 Porto Alegre. 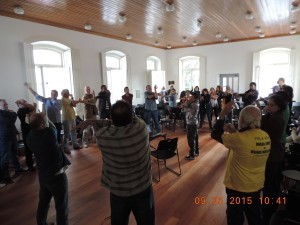 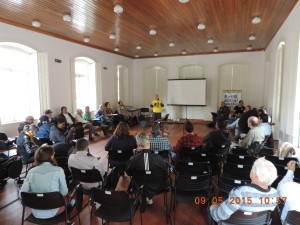 As the main referrals the following proposals were agreed:

(Divergence on “Worldwide” in its name)

Objective: Review of the 15 Years of the WSF process based on three axes: Advances, Challenges and Prospects

Political Act recovering the memory of the main editions of the WSF since 2001;

Self-managed group debates about the axes

Debate on Cultural Political Convergences about the axes

Next Activity: A plenary of Organisation, May 20th 2015, 18pm, Democratic Forum, Room of the dep. Adam Black, RS Legislature.